A beautiful and mystifying levitation effect! The assistant climbs on a board that is resting on two screens, and lies down flat as she is placed into a trance. The magician stands behind the board and the screens are then removed, causing the assistant to float in mid air! The magician concentrates on the assistant… 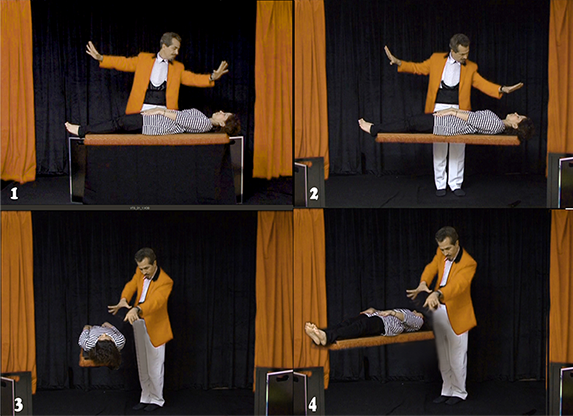 A beautiful and mystifying levitation effect!

This product is capable of rotating 360 degrees while it is floating in the air.