The Mendez principle is such a unique piece of Mentalism, NOT just because of the effects it now makes possible to perform prop-less but because of the method itself – It’s very hard to describe what it feels like to perform this other than; THE REAL thing! Mendez is a booklet that contains a largely… 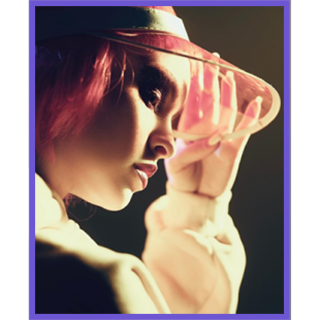 The Mendez principle is such a unique piece of Mentalism, NOT just because of the effects it now makes possible to perform prop-less but because of the method itself – It’s very hard to describe what it feels like to perform this other than; THE REAL thing!

Mendez is a booklet that contains a largely forgotten secret that allows you to perform close to real mind reading.

Fraser builds on what has come before by taking an older idea that was hidden away in the various books of his peers and pushes it to even greater heights, to create a system that allows you to effortlessly know which object out of three objects, freely chosen by a spectator, they are focusing on.

It is close to real magic. You will be using your actual intuition to know. Fraser thought that this would be too difficult to teach to others at first but has decided it is possible to do so, and is finally sharing his work on it.

Effects include the basic system, the most direct version of a ‘Trojan Horse’ style effect where spectators hide thought of images on their person and you successfully reveal where they have placed each item. This kills. As well as a use for this principle in the capacity of a force and how to utilize it in a ‘one ahead’ where any other thought can be revealed alongside their thought of image. Fraser also teaches a variation on his two way billet out from SILENT POETS, as well as a streamline version of his prop-less star sign guess from GOD MODE.

When Fraser told me the method I didn’t believe him, until we performed it on each other over and over again, with great success. I would definitely recommend this to anyone who wants their Mentalism to feel real, NOT just for their audience but for themselves too!” – Dreygon Hibbler

“The Art of Mentalism encompasses the idea of getting into someone’s head and Fraser has done it. When I first witnessed this tool I almost fell out of my seat. The array of effects you will be able to perform with the Mendez principle is unbelievable. You will truly feel like a wizard when using this new tool in your Mentalism.” – Perna

“It felt like Fraser had hit me in the head with a Sledgehammer! NOT just once but twice in a row!! Fraser’s commitment to his craft is next level. I can tell he’s only just begun to scratch the surface with this. I can’t wait to read Mendez to see where he’s taken it.” – Ryan Mentis, Mentalist Blogger

“HOW THE F DUDE. This is three in a row. I DON’T UNDERSTAND … [Fraser continues to repeat the effect] … Right, this is ridiculous! Like every new one I’m thinking ‘yeah, he got the previous one but he won’t get the next’ then BOOM!!” – Mool Hood

“I am sure you will make quite a sensation with this with numerous spinoffs, and you certainly have my blessing.” – Kenton Knepper