Finally, Devin Knight is releasing some of his most closely guarded secrets. These are the same secrets he has used to fool other mentalists, psychics, and skeptics. The effects may sound unbelievable, even impossible if you don’t know the secrets, but the descriptions are 100% accurate. These are new unique and clever methods that have… 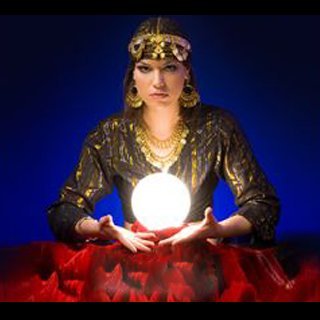 Finally, Devin Knight is releasing some of his most closely guarded secrets. These are the same secrets he has used to fool other mentalists, psychics, and skeptics. The effects may sound unbelievable, even impossible if you don’t know the secrets, but the descriptions are 100% accurate. These are new unique and clever methods that have never before been revealed in print. These effects go far beyond anything that Robert Nelson ever envisioned or dreamed possible. Do the stuff described in this PDF and people will think you have real powers, if that is your goal.

Imagine walking into a show in another town. You know nobody there except for the person that booked you. You walk out on stage and immediately begin calling perfect strangers by their full name, telling them their astrological sign, the name of their spouse and even their age and birth-date as you go into a detailed reading. You give accurate information without having to fish for information!

Imagine if I said you can do this with no clipboards, impression devices or anything written down at any time by the spectator, and with no one having a conversation with that person before the show. Well you can and without the aid of any secret assistants. Yes, this is a one-man method.

There are several additional methods described in this PDF, including a way to deliver more information from impression devices than the spectators wrote. Imagine onstage telling the person his birth-date, job, spouse’s name, even though he never wrote it down. The method is described in the eBook. These additions can be added to any standard question answering act.

This eBook also describes a clever ruse you can use to open a mentalism act. All of what has been mentioned above is amazing because the performer had no contact with people before the show, and these people never wrote their name or birth-date down, yet the performer reveals them.

As a bonus, Devin reveals how phony faith healers walk out and call people by name, reveals their street address and then says he sees guardian angels surround a house (he gives an accurate description of the house). Finally, he tells the person what is ailing them. This is done without any secret receivers in the ear or on the body. Faith healers have wised up since the exposure of Peter Popoff by James Randi.

If you are a psychic who does readings over the telephone, Devin shows you a way to up your game, by revealing birth-dates without fishing or anagrams. If you have an office in your home where you do readings, he shows you how to call the person by name, even though the person never wrote it down. The method is ingenious and revealed for the first time.

None of these methods involve the illegal method of going through people’s coat pockets in the coat room that was advocated in some of the Robert Nelson books.

Learn a new secret for mediums. Imagine being able to channel a dead relative, without the person ever telling you the name. You ask for the spirits to contact you, and for example, you channel her dead grandmother, even giving her correct name and revealing detailed information during the channeling session, without the sitter even mentioning or writing the dead person’s name. A brilliant new method known only to a few professional psychics is now revealed.

Some psychics advertise they can find a lost lover and charge big bucks to do it. Devin shows you a method that is not a scam. The psychic in many cases can locate lost lovers, even if they have moved across the country and changed their name by marriage. Using this method, Devin located a high school girlfriend that other psychics failed to find and scammed him using the method he describes in his PDF exposing the “finding lost people” scam. Devin shows you a method that allows you to do it for real in many cases.

There are methods and techniques for mentalists, psychics, psychic readers and yes, even those claiming to have healing powers. These secrets are great for opening a mentalism show and will take your performance to the next level. These methods work best if you live in the USA. People living in Canada and the UK will have success with these methods and find them useable. This works in foreign countries to a limited degree, but not in any communist country.

This information is sold only for educational and entertainment purposes, not for criminal purposes. The buyer agrees not to use this information to stalk or harass any person. Neither the author nor distributor is responsible for the misuse of this information.

Way underpriced, as this information is worth thousands of dollars to a working mentalist or someone wanting to be a professional psychic or medium. Consider this a valuable investment in your career.