A spectator is told to select one animal from a group of 64. He is allowed a totally FREE choice. There are eight animals on each of 8 cards. The spectator merely points to the card which has his animal on it. He then mixes the cards and turns them over to the other side…. 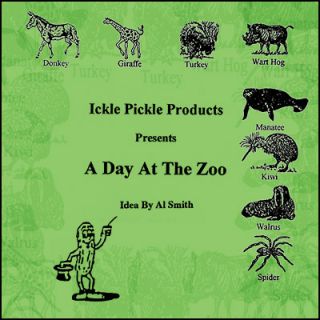