This is an old magic trick with a twist. The magician is seen holding a flower pot in one hand and a magic wand in the other. He inserts the wand in the pot and slowly removes the wand which holds the pot. Mysteriously the post is found to be suspended to the magic wand…. 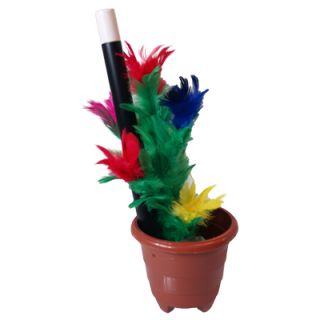 This is an old magic trick with a twist.

A rising prop eventually becomes a feather bouquet of flowers in a flower pot.