BY HANDY ALTAN & AGUS TJIU Vega is a cylinder and coin props designed by Handy Altan and crafted beautifully by Tjiu Magic. Cylinder and Coins was created by John Ramsay, and published in 1948 by Victor Farelli in the manuscript John Ramsay’s Cylinder and Coins. And after 73 years, now it is redesigned. Instead… 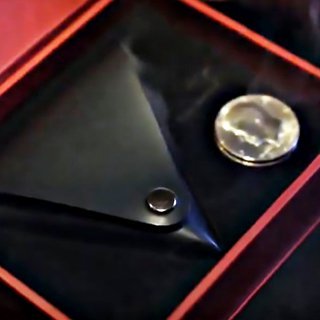 Vega is a cylinder and coin props designed by Handy Altan and crafted beautifully by Tjiu Magic.

And after 73 years, now it is redesigned.

Instead of a cylinder, Vega is a coin wallet that can be transform to a cylinder, creating a new premise to use a cylinder in a routine, especially for table hopping or any walk around magic.

Vega also presents a new type of stacked gimmick that appear like a regular moving stack of coins.

Including a short routine that i usually perform in a table hopping routine.

Vega will bring a new color in cylinder and coins effect.