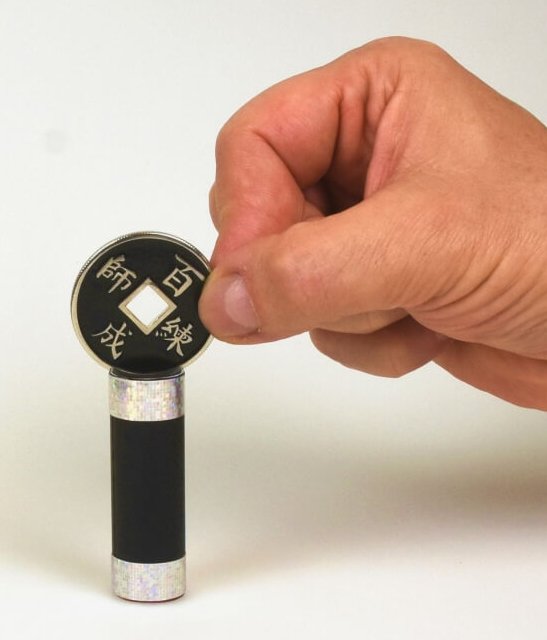 The magician now shows the audience, how it works. He removes the plug and pours a Chinese coin into his palm from the little tube. The coin is much bigger than the tube where it came from. It looks absolutely impossible. On top of everything the magician didn’t have anything else, but the tube in his hand.