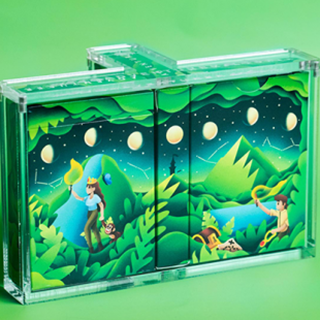 The Adventurer Playing Cards is the second edition of the explorer series designed by David Huynh. Each court card tells you a story of an exciting adventurer where you can witness beautiful sunsets, jungle life, and even the treasure hunts accompanied by a curious monkey. So hop in, and let’s take you on an adventure that you will never forget!